Sarah Knieser
Photos That Show a Side of History That You Don’t Know May 6, 2020Leave a comment 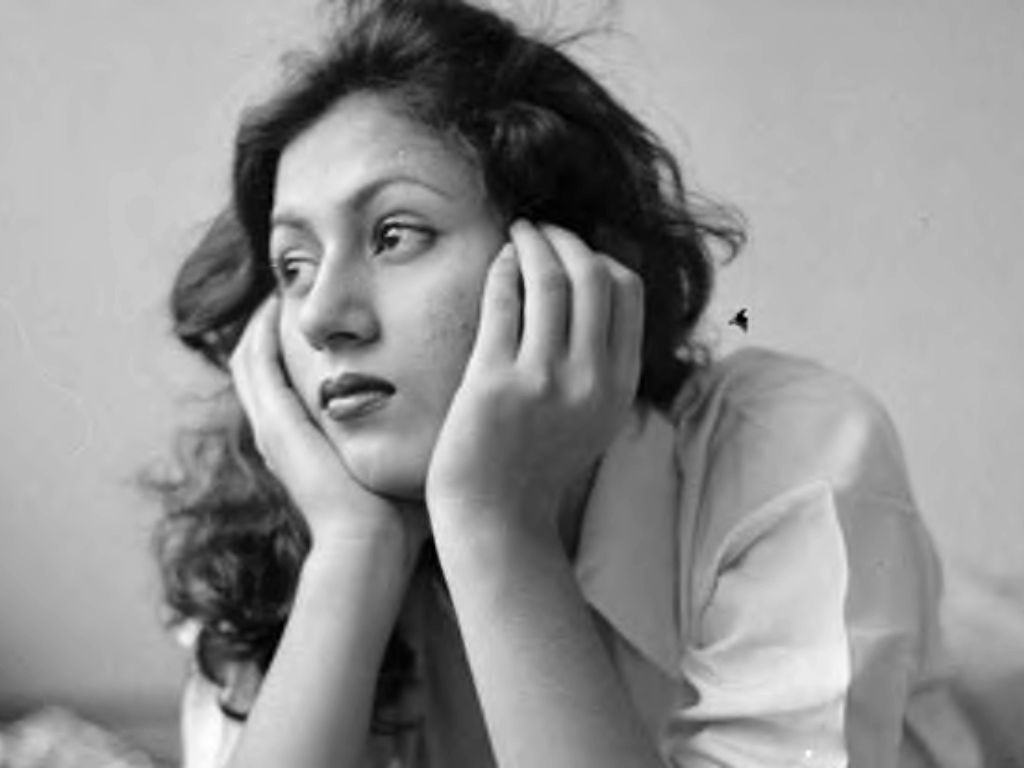 We all love getting nostalgic and reliving history and there is no better way to do that than by looking at photographs. Pictures are great vessels that capture moments in history that we want to remember forever, but not all of these historical moments became as famous as they should have.

The internet did not exist during the Great Depression, so looking for jobs was pretty difficult. Some men would wear signs like this and walk around the city hoping a business or company would hire them. Sometimes they would have to travel from far away to the closest city and stay in public shelters only to wake up and walk around wearing that sign again until they found something.

In 1967, Kathrine Switzer became the first woman to run as a competitor in the Boston Marathon when she was only 20 years old. Throughout her run racer organizers and other people, including race organizer Jock Semple, repeatedly assaulted her and knocked down her coach when he tried to protect her. Switzer's boyfriend ended up pushing Semple to the ground and both of them finished the race.

General Patton died on December 21, 1945, 12 days after breaking his neck in a car accident near Mannheim, Germany. Many people were heartbroken, but it seems not just humans suffered from the loss. Patton's dog Willie would follow him where ever he went and days after he passed Willie was snapped here mourning by his belongings. Willie was later sent to live with Patton's wife and kids.

On September 3, 1967, Sweden switched from driving on the left side of the road to the right, and this day in history is now called Högertrafikomläggningen or Dagen H (H Day) which means "The right-hand traffic diversion." People were still confused and had to take some time to acclimate to the switch as you can tell from the photo. It was the largest logistical event in Sweden's history.

A Woman Arrested For Wearing a One-Piece Bathing Suit

In the 1920s, fashion for women was much more modest than it is today, and there were laws enforced that kept it that way. This photo, taken in 1922, is not the only one of its kind. Even men were escorted away from public beaches for not wearing shirts, because it was thought to be indecent.

In the United States Holocaust Memorial Museum in Washington, DC this photo is on display. It shows the Nazi soldiers' reactions to footage that was taken at concentration camps. In the particular video they're watching, townspeople dug graves for the bodies of concentration camp internees who were killed as the Allies approached. It looks like they weren't very comfortable watching it.

Berlin Families Separated by the Wall

The Berlin wall was built in August 1961 and separated tons of friends and, more importantly, families. Here are residents of West Berlin showing their children to their grandparents who now resided on the opposite side, on May 9, 1961. The wall was eventually demolished in 1989.

Everyone knows the iconic MGM movie intro showing a lion roaring, it is iconic and legendary. Here is a snapshot of the filming of the scene and how relatively simple it was. Though their mascot is referred to as "Leo the Lion," the lion's name was Jackie and was a very good boy during filming in 1928.

Olive Oatman and her family were attacked while traveling from Illinois to California. Many of her family members died during the attack, but she and her youngest sister were captured, enslaved and then traded to the Mohave people. Her youngest sister died but five years after the massacre Olive escaped and returned to white society wearing a blue tattoo on her chin given to her by the Mohaves.

It's crazy to realize how big computers first were when they were created. Pictured here is a Space Invaders competition in the 1980s. It was the earliest large scale video game competition attracting more than 10,000 competitors and really established esports as we know it today.

The Only Female to Strike Out Babe Ruth

Seventeen year old Jackie Mitchell, a southpaw who pitched against the New York Yankees on April 2, 1931 striked out not only Babe Ruth but Lou Gehrig, too. There are still rumors today saying that it was done for promotional purposes and wasn't genuine but hey, staged or not, it is still a pretty big credit to strike out the Great Bambino.

World War II was one of the largest wars of all time but you really don't realize how many people fought in the war until you see it photo form. The United States alone had more than 12 million men and women in the armed forces at the end of World War II of whom 7.6 million were stationed abroad. Here is a photo of some of the soldiers returning home from war.

The 18th Amendment to the Constitution, which was passed in 1919, prohibited the sale of alcohol within the United States. On December 5th, 1933, the Amendment was repealed, leading to many celebrations (with plenty of drinks) across the country.

In 1957, fifteen year old Dorothy Counts was the first black person to attend Harding High School in Charlotte, North Carolina. Pictured here you can see it wasn't very easy for her as white boys bullied her as she walked into the school. But her role in desegregation and this photo of her ignoring them really paved the way for the future.

In September 8, 1961 a series of photos was published of Muhammad Ali training underwater and Ali explaining his underwater training process. It turns out that the training was a complete hoax and Ali actually didn't even know how to swim let alone train underwater. Even though it's based off of a lie, the photo is still pretty cool.

In 1971 during Bangladesh's War of Independence, soldiers used circumcision to identify whether or not men were Hindus. Men were often made to undress to prove that they had been circumcised and hence were Muslim. Many Hindu male and women were either killed or raped during this war.

While this looks like a fun sport of some sort it is actually a prisoner testing safety nets in 1958. Back in the '50s, capital punishment was utilized everywhere in America and prisons used their captives as test subjects while they were awaiting the death penalty or some other fatal ending in prison.

This mini-mountain made of bison skulls actually isn't a creepy art installation. Originally, bison were hunted for their skins in the 1800's but the left over bones weren't used by hunters so, instead of just tossing them, they used the bones in refining sugar, making fertilizer and fine bone china. Pictured here are a few hundred skulls in 1870 before being used.

A Woman Gets a Ticket For Wearing a Bikini

The bikini was designed in 1946 by a French engineer named Louis Réard. The one-piece bathing suit remained the more popular choice for many years though, and beaches in Spain, Italy, Portugal and Australia prohibited or discouraged the wearing of two-piece bathing suits. This image, taken in Italy, shows that these rules were enforced at the time.

Owners of a Florida tourist attraction called De Leon Springs introduced Queenie to water-skiing in the 1950s and she actually didn't mind it! She would put her trunk in the water and get a big scoop of water and spray it all over the place. Queenie was billed as "The World's Only Water Skiing Elephant" after she replaced the world's first water skiing elephant, Sunshine Sally.

Before we could take people into space, humans had to test out weightlessness. They would use cats to see how they reacted without gravity and the medical after effects of the experience. Pictured here is a pilot who took a cat up 25,000 feet in the air in the 1960s.

Gutzon Borglum sculpted the design of Mount Rushmore from 1927 to 1941. The original design of the gigantic landmark shows more than just four heads of the United States' founding fathers but also the top portions of the bodies and even Lincoln fixing his tie with his hands. This plan was made before funding ran out.

This photo, which was taken in Indiana in 1948, was claimed to be staged at the time, but that couldn’t be further from the truth. Within two years of the photo being taken, all four of the children in the picture, and another child who hadn’t yet been born, were sold to different families. Lucille Chalifoux, the children’s mother, considered this option only because her situation was so dire that she had no way to provide for the children.

Bill Gates and a Data Tower

Creator of Microsoft and billionaire, Bill Gates wanted to show how much storage a CD-Rom could hold so he did so in this photo. In 1994 he crafted a "data tower" with paper pages to show how much information it could hold. This was quite a lot of data and pretty groundbreaking for the time.

The Headquarters of Mussolini

We all know that Mussolini was the Italian dictator who created the fascist party and was an all-around not good person, but you won't really realize how creepy he was until you see his headquarters during election season. The Palazzo Braschi in Rome, the headquarters of the Fascist Party Federation is decorated here during the 1934 elections with his creepy face and "Si, Si, Si" (meaning "yes") written over and over behind it.