25 Images That Should Be In History Books

Sarah Knieser
25 Images That Should Be In History Books May 20, 2020Leave a comment 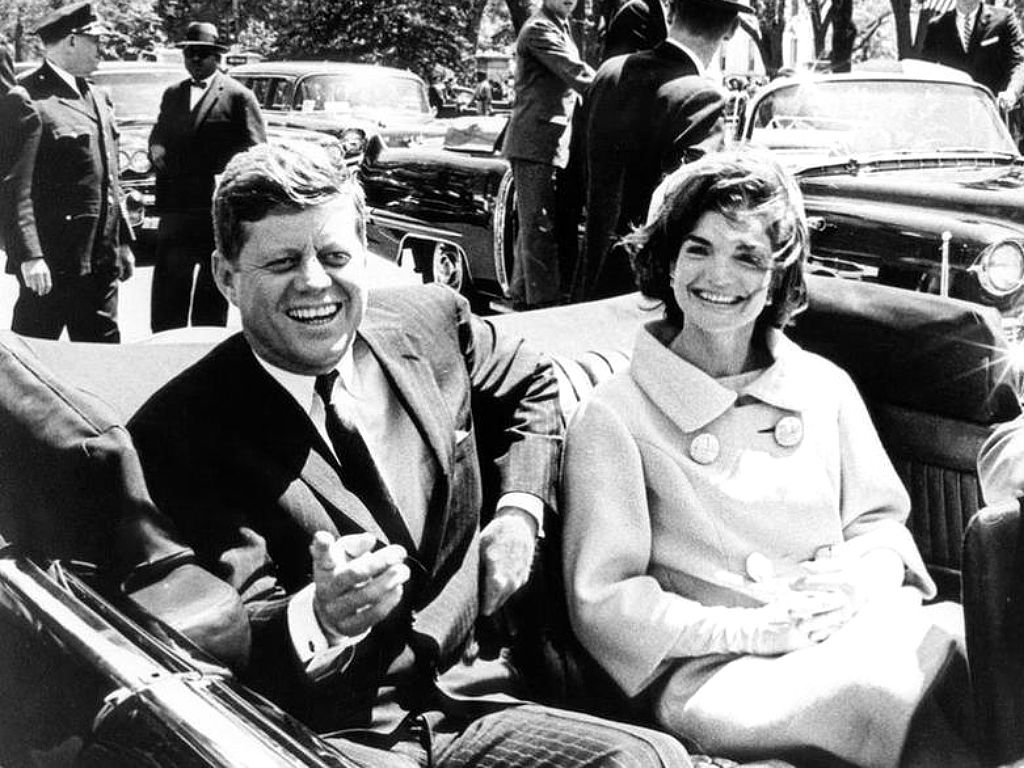 The 60s and 70s were a period of revolution, both political and cultural. The world changed a lot in a short period of time, as is evidenced by these incredible photos that show history in the making.

Beatlemania ruled throughout the 1960s, kicked off in large part thanks to their performance on "The Ed Sullivan Show" on February 9, 1964. Having already conquered their home country, the band now spearheaded The British Invasion, a cultural movement that saw a renewed worldwide interest in UK fashion and music.

Anne Easley was a computer engineer and mathematician at the National Advisory Committee for Aeronautics, which is now known as NASA. Her life story is one of great inspiration, as she was one of only four African American employees at NASA at the time and she managed to lead the institution into the future despite the drawbacks of racial segregation.

The First Boeing 747 Was Built

The Boeing 747 ushered in a new era of international travel, making trips across the Atlantic and Pacific oceans far more convenient. The plane was first shown off in a special press event on September 30 1968, at which time this photo was taken.

Hugo Gernsback was a pioneer in the genre of science-fiction, and he even named the genre himself. The invention that he is seen wearing is called “teleyeglasses.” They included a tiny screen for each eye that displayed 3D images. The invention was made in 1963, and Gernsback also invented items like battery-powered portable mirrors and hair removal devices.

Yuri Gagarin Was the First Man in Space

Yuri Gagarin had the honor of being the first human to risk their life going into space. The trip was a success; he orbited the Earth once and was back on terra firma in under two hours. He then became an international celebrity, as seen here waving during a parade.

Jimi Hendrix Enlists in the Military

This young recruit is none other than a nineteen-year-old Jimi Hendrix. The famous musician enlisted in the military to avoid jail time after he was twice caught riding in stolen cars. Hendrix didn't exactly take to the army, and won an honorable discharge just a year later, freeing him up to become a rock and roll sensation.

This chilling image from 1952 shows an anonymous figure in court giving a testimony on narcotics trafficking to the Washington State crime investigation committee. The witness was allowed to wear the sheet to conceal their identity, as at the time they were no longer involved in narcotics.

Kennedy vs Nixon Debate Was Televised

John F. Kennedy and Richard Nixon engaged in a series of presidential debates during 1960. This is remembered as the first time that television had a major impact on an election— those who listened to these debates on the radio believed that Nixon had done a better job in the debate, while those who watched the TV-pretty Kennedy believed that he had won.

Elvis Presley Served in the Military

Elvis Presley served in the United States military from 1958 to 1960, and at the time he was one of the most popular faces in entertainment. Presley himself decided to serve as a regular soldier instead of taking an offer to enlist in the Special Services, the entertainment branch of the military, where he would have been able to entertain troops and live in private housing.

The March on Washington

Many famous faces got involved with the March on Washington. Bob Dylan achieved fame for his earnest protest songs. Music and politics were inextricably linked during this period of history.

Woodstock Was a Cultural Reset

The ultimate cultural event of the decade, the Woodstock music festival ran over three days in August 1969. Over 400,000 people attended, and it rained on and off the entire time, but it is remembered as perhaps the best party the United States has ever seen.

Ham the Chimpanzee Was Launched into Space

During the Space Race of the 50s and 60s, the United States and the Soviet Union were eager to be the first to take flight into the great unknown of outer space. To do this, both countries used monkeys for experimental procedures to test rockets, parachutes and low-gravity vehicles. This space chimp, named Ham, took a 16-minute suborbital flight in 1961 during which his vitals were monitored by computers on Earth.

The 60s and 70s saw many oppressed groups speaking out and demanding greater freedom. Women's liberation marches were common during this time— this photo, from 26 August 1970, shows women taking to the streets demanding better treatment.

In 1972, Richard Nixon toured the People's Republic of China. The official visit was a monumental step in relations between the PRC and the U.S., and paved the way for China to connect more widely with the rest of the world.

On June 28 1969, police conducted a raid of the Stonewall Inn in New York City. Violence broke out, leading to the Stonewall Riots and the explosive birth of the Gay Pride movement.

The March on Washington for Jobs and Freedom took place on August 28, 1963, and was one of the most influential peaceful protests in history. At its culmination, Martin Luther King Jr. delivered his famous "I Have a Dream" speech.

The Vietnam War Was Photographed

The Vietnam War (known as the American War in Vietnam) saw thousands of U.S. troops invade the region over a period of two decades. Much of the political debates throughout the 60s and 70s focused on the war, as initial U.S. enthusiasm gave way to apathy for the citizens of Vietnam and cynicism towards the U.S. government.

Anti-War Protests Were the Norm

The Flower Power generation of Hippies opposed the Vietnam War throughout the 60s and 70s. Images of protestors holding up flowers to soldiers became some of the most enduring images of this time.

JFK Heads to the Moon

On May 25 1961, John F. Kennedy delivered the speech that kicked off the Space Race. It was in this speech that Kennedy announced the United States' plans to expand their space exploration program and go to the moon. According to Kennedy, these things would be done "not because they are easy, but because they are hard."

Nearly a decade later, in July 1969, Apollo 11's lunar module touched down on the the surface of the moon. This iconic photo, taken by Neil Armstrong, shows Buzz Aldrin in his spacesuit.

The New York World's Fair, which took place in 1964, is remembered by many who attended as children as a moment of optimism and excitement. The Space Race was in full swing and the fair's exhibits promised a bright future that never quite materialized for many.

The Berlin Wall Was Constructed

Construction of the Berlin Wall began on August 13, 1961 as a way to keep the capitalist West Germany and communist East Germany separate. This photo, from June 26, 1963, shows John F Kennedy observing the infamous wall. It was on this day that he gave his famous "Ich Bin Ein Berliner" speech.

The Cuban Missile Crisis Came to a Head

It's hard to believe just how close to nuclear apocalypse planet Earth came in the 60s. On October 28 and 29, 1962, the Cuban Missile Crisis came to a head when one Russian sub captain was persuaded not to launch a nuclear weapon at the last second by a single officer.

One of the most iconic murders of the decade, John F. Kennedy's assassination on November 22 1963 had a dramatic impact on the American psyche. The public death of the nation's leader dramatically ultimately cemented Kennedy's legacy.

Apollo 13 launched from Cape Kennedy Space Center on April 11,1970, bound for the lunar surface. After a rupture in the spaceship's oxygen tanks, touching down on the moon became impossible, and instead, NASA embarked on a desperate mission to save the astronauts aboard. The whole world watched and waited to see whether the crew could be brought home safely.

Following the Watergate scandal, Richard Nixon resigned as president in August of 1974. In spite of this humiliation, Nixon did his best to spin his his presidency as a triumph, finally leaving the White House with a large smile on his face and victorious hand gestures.

The 1979 Iranian Revolution permanently changed the politics of the Middle East and Muslim countries around the world, including their relations with their international neighbors. The Pahlavi dynasty, which had been supported by the U.S., was overthrown and replaced by the Islamic Republic of Iran.