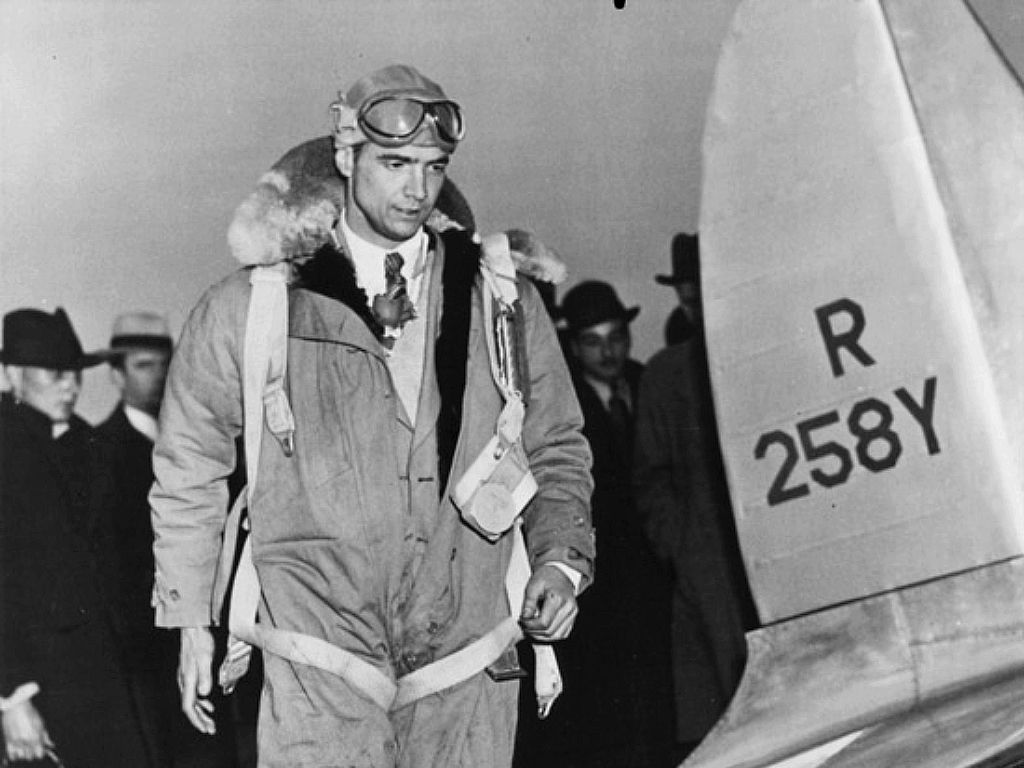 From failed marriage proposals to crashed planes, Howard Hughes lead a crazy life. And that's only the beginning, because despite his wealth that stemmed from multiple sources, like real estate, filmmaking and aviation, Hughes had an eccentric personality and often lived as a recluse. Find out more about the one-of-a-kind billionaire below.

He Was Declared an Emancipated Minor

Though Howard Hughes was a business magnate of his own right, he was born into money. His father was an inventor who owned a business and many patents. His parents died within two years of each other when Hughes was a teenager. At 19, he was declared an emancipated minor, which allowed him to inherit his family's fortune.

He Gave Up His Family's Business

Though Hughes inherited his family's business, he wasn't all that interested in running it himself. He hired an accountant to run it for him. Hughes moved out to Los Angeles to pursue a career in filmmaking. This is something he maintained even while running other businesses.

He Set Many Flight Records

Howard Hughes owned many businesses, many of them in the aviation industry. Hughes also set a number of aviation records. He set the last airspeed record that was set in an aircraft privately built by an individual. That's right— he built the plane himself!

Hughes didn't just invest in aviation— he participated. Hughes was a pilot. He survived four plane crashes and one of them was nearly fatal...

He Crashed a Plane in Beverly Hills

The plane crash that nearly killed Hughes was pretty dramatic. He tried to save the plane by landing on the Los Angeles Country Club golf course, but he didn't make it to the course in time. Instead, he destroyed three houses in Beverly Hills before the plane exploded.

He Designed the Modern Hospital Bed

After the crash, Hughes suffered many serious injuries, including broken bones and third degree burns. Bedridden, he found that he did not like his bed's design. So, he called in engineers to redesign it. Though he didn't use the design, it served as the prototype for modern hospital beds.

His Moustache Hid a Scar

Hughes had a trademark moustache. But it wasn't from vanity. His plane crash left him with a scar on his upper lip, so he grew a moustache to hide it.

He Flew Around the World

He Spent $12 Million Buying His Own Film

Hughes became a successful filmmaker later in his life. Although his first film was a disaster, he went on to make financially and critically successful films. Several of his films were nominated for Academy Awards. 1956's "The Conqueror," however, was not one of them. It flopped, and feeling guilty about its lack of success, Hughes bought every single copy of the film, at a cost of $12 million.

Hughes's guilt over "The Conqueror" wasn't just because it was a commercial failure. The film was shot downwind of a nuclear testing facility. The federal government assured the filmmakers that the tests posed no risk to public health. However, many of the cast and crew died from cancer, though whether it was directly due to the nuclear fallout is unclear. Hughes, however, took the movie out of circulation after he bought all the copies.

He Got Turned Down for Marriage Proposals All the Time

After the dissolution of his first marriage, Hughes was known as a Hollywood playboy. He was, however, prone to proposing. He proposed to Ava Gardner, Ginger Rogers and Katherine Hepburn. They all turned him down.

He Took Care of a Deaf and Blind Girl

Hughes dated many famous women. Among them was actress Gene Tierney. Years after their breakup, Tierney had a daughter, Daria. During her pregnancy, she was exposed to rubella. As a result, Daria was born deaf and blind. Hughes made sure that Daria got excellent medical care. Not only that, he paid all the bills.

He Once Killed Someone

Hughes wasn't all charity, however. He struck and killed a pedestrian, Gabriel S. Meyer in 1936. Though a witness claimed he had been driving erratically, he later changed his story. At a coroner's inquiry, Hughes was found blameless for the death.

He Was Accused of Stalking His Ex-Wife

After the end of his marriage to actress Jean Peters, Hughes couldn't let go. Some claimed that, despite his many relationships, Peters was the only woman he ever loved. After breaking up, Hughes reportedly sent security officers to follow her around. An actor who worked with Peters said that he was threatened by Hughes, who said he would ruin the actor's career if he didn't leave Peters alone.

He Only Ate Small Peas

Hughes suffered from obsessive compulsive disorder (OCD). One of his compulsions was that he ate the same thing for dinner every night. He had a New York strip steak and peas. He would, however, push the large peas aside. He only ate the small ones.

He Wrote a Memo About Nipples

When Hughes was directing the film "The Outlaw," he noticed something. The fabric of actress Jane Russell's blouse caught his attention. The way it was bunching made it look as if the actress had two nipples. So, Hughes wrote a detailed memo to the crew, where he outlined how to fix the problem.

He Designed a Bra

It didn't stop at the memo, however. Hughes set out to fix the problem himself. Unhappy with how Russell's cleavage looked, he designed an underwire push-up bra for her. Ultimately, it was extremely uncomfortable, and she didn't wear it.

For four months, Hughes stayed in a movie studio near his home, watching movies. He would often watch them naked. He then moved into a hotel, where he would also watch movies naked. Except this time, he covered himself with a pink hotel napkin.

He May Have Had Allodynia

When Hughes locked himself up watching movies for four months, he did not come out fresh. When he emerged, his hygiene was in a terrible state. He hadn't bathed, nor had he cut his hair and nails for weeks. Some speculate that this was because he had allodynia, a condition whereby stimulus that normally don't cause pain suddenly cause pain.

He Was Obsessed with the Movie "Ice Station Zebra"

"Ice Station Zebra" is a 1968 Cold War spy film starring Rock Hudson. At one point, Hughes had it running on continuous loop at his home. He watched it. A lot. His housekeepers claimed that he watched the movie more than 150 times.

He Wore Tissue Boxes On His Feet

A large part of Hughes's OCD involved germaphobe tendencies. He often picked up objects with facial tissues to avoid germs. He would then wear the empty boxes on his feet to protect them. If, God forbid, someone was close to him, he would burn his clothing.

Towards the end of his life, Hughes lived in different hotels in various cities. And, he would always live in the penthouse of the hotel. During a stay at the Desert Inn, he refused to leave. This lead to a fight between Hughes and the hotel owners. To put an end to the feud, he became the owner— by buying the hotel.

He Tried to Bribe Two Presidents

Hughes disapproved of nuclear testing because he was worried about nuclear radiation. And he tried to do things to halt these tests. When his efforts didn't work, he offered million dollar bribes to politicians. He did this twice— once with President Johnson, and once with President Nixon.

He Helped Design a Golf Club

Hughes took golf lessons from professional golfer Gene Sarazen. When the two were discussing sand traps, Hughes compared them to drag on an airplane's wings during flight. Based on their discussion, Sarazen made modifications to his club. It became the first sand wedge.