Cake Illusions That Look Too Delicious to Be True

Sarah Knieser
Cake Illusions That Look Too Delicious to Be True April 20, 2020Leave a comment 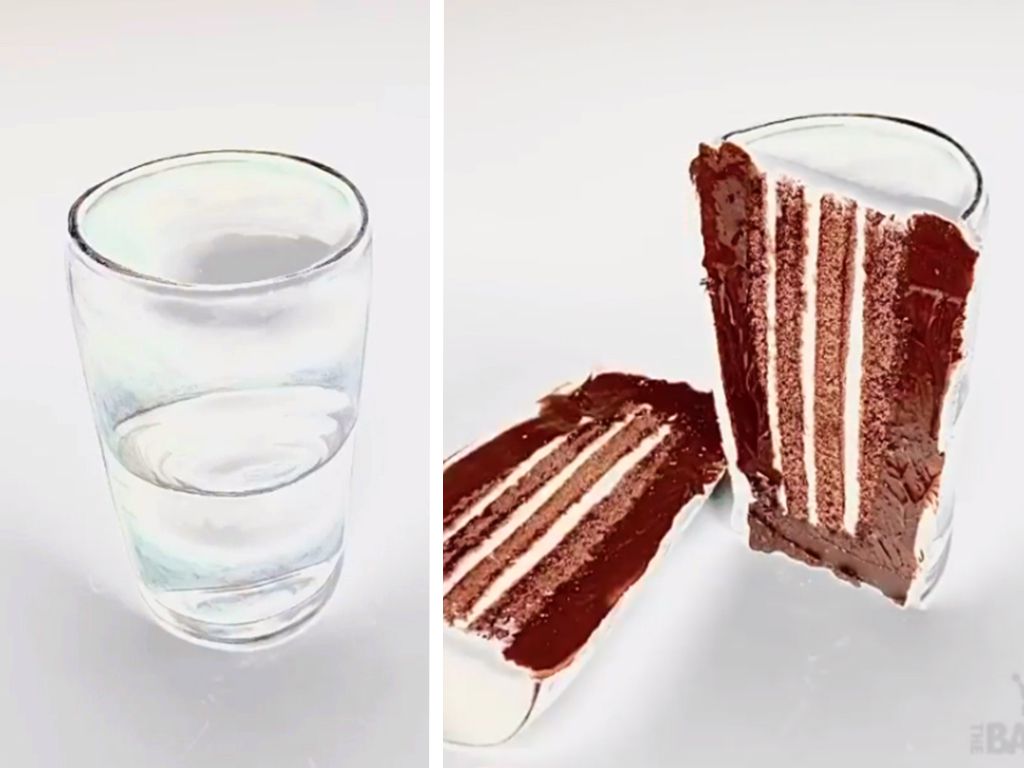 Ben Cullen, better known as the Bake King, is a baker and cake decorator who makes cakes that look like anything but cake. Some of his creations resemble other foods, like vegetables, fast food and gourmet meals, while his other cakes resemble people, animals and objects. Can you tell what is a confection and what isn't? Your eyes may fool you!

These confections would fool even Mr. Potato Head! Down to the last detail, these potato cakes look just like the real thing. Cullen has perfected the skill of painting and adding texture to fondant, which is an icing made out of sugar, water and shortening that is easy to mould.

It only takes a short look at this footlong to realize that something is out of the ordinary. This sandwich cake certainly won't be on the menu at Subway anytime soon.

Salad with a Side of Sweets

This cake would fool even a vegetarian! From the salad leaves to the croutons, every detail of this cake is totally realistic. Eat your veggies? Gladly!

This realistic roasted bird cake would even fool grandma on Thanksgiving! Even down to the cake stuffing and sweet gravy, this turkey cake and candy trimmings are an amazing illusion.

This simple breakfast is actually a dessert! This illusion is made up of candy beans and syrup gravy over chocolate cake. Just imagine, whoever was given this plate was probably sad that they got beans on toast for their birthday, until they cut into it and found out it was cake!

This takeout dish looks so real you can almost smell the curry! And ever grain of rice looks to be individually hand crafted out of fondant, which means that this one plate of dessert probably took hours to craft and create.

Think this is just an apple? Look again! If you don't eat your fruits and vegetables, you could be missing a sweet surprise! This apple is delicious all the way down to the core and it's totally seedless and certainly a-peel-ing.

Everyone loves a mouth-watering pepperoni and cheese pizza with a warm crust and oregano— but take one bite into this and you'll know that you've been fooled. This is a real pizza imposter.

Wood you try a slice of a tree cake? Or just leaf it alone? Cullen really put his skills to the test with this cake, and showed off his design knowledge, which earned him a fine art degree.

This turtle cake looks so real that you may feel bad about cutting into it! Bake King Cullen admits he wanted to "trick people into thinking [my cakes] are the real thing." Mission accomplished!

For the fast food fan in all of us, this extra value meal comes with a sweet surprise— it's actually a cake! No one knows what McNuggets are really made of, but this one is 100% cake and frosting.

You've heard of avocado toast. Well, here's a version you haven't seen yet... avocado cake! Even the pit has a chocolatey center! Cullen admits, "Even myself after I created them, I was so impressed at how you can replicate objects so that they play with your mind."

If your kids won't eat their cake, disguise it as a banana instead! Cullen started to test his cake decorating skills by making fruits and vegetables, and it paid off! To add dimension to the cake, he paints with an airbrush directly onto the cake, with edible paints of course.

When a simple baked potato with beans falls into the twilight zone, this may be what it looks like. Or, this is just a really stealthy way to eat dessert during dinner. Eat cake in public without detection with this incognito mode cake!

Sometimes your beer goggles are concealing a sweet surprise. No matter how thirsty (or drunk) you get, you cannot drink this beer cake.

Ah, breakfast. The most important meal of the day. But, looks can be deceiving. Cullen the Bake King constantly challenges himself to design new cakes and get better with each cake he makes.

This isn't the classic that you're used to! This is a "New Coke" that you won't hate. About the process of making cakes, Cullen said, "Once I have an idea in my head I have to get it made. Often the first attempt doesn’t work out but during the process I’ll learn how I can improve it."

This pup is so cute that you could just eat him right up! Which is a phrase that is often said but seldom accomplished. If eating your dog sounds like fun to you, this cake (plus therapy) may be in your future!

8 glasses a day of this optical illusion cake would send you right to the hospital. How does Cullen create visual illusions like this? "It’s important with the illusion cakes to be tough on yourself and to make sure you don’t cut corners, so that the illusion really works."

Hand Me a Slice!

Tattoos aren't usually appetizing, but this cake hands us a disturbing image while making our mouths water. And this cake was modeled on cake maker Ben Cullen's own hand (and tattoos).

From the files of cake overkill— a pancake cake. Your favorite breakfast is now your secret desert! Just make sure you share this stack with a couple friends.

You waited for your parents to buy you a Playstation for a year, but this isn't quite what you meant. This nostalgic toy really brings us back to childhood, if only it was fully functioning as well!

Cullen said about this cake, "At the moment I love creating the illusions the most because they grab attention from people who otherwise wouldn’t be interested in cake making and the cake world."

Frustrated by Rubik's cubes? This puzzle is much easier. Just eat to solve! You won't even have to time how long it takes for you to devour this treat to make eating it worthwhile.

This is such a beautiful cake of an ugly vegetable! Maybe the Bake King should venture into making cakes of other popular emojis, too. Or he could turn this cake into a realistic eggplant parmesan cake instead!