22 Photos That Prove You Have Thalassophobia (Fear of Deep Water)

Brian Gilmore
22 Photos That Prove You Have Thalassophobia (Fear of Deep Water) March 1, 2019Leave a comment 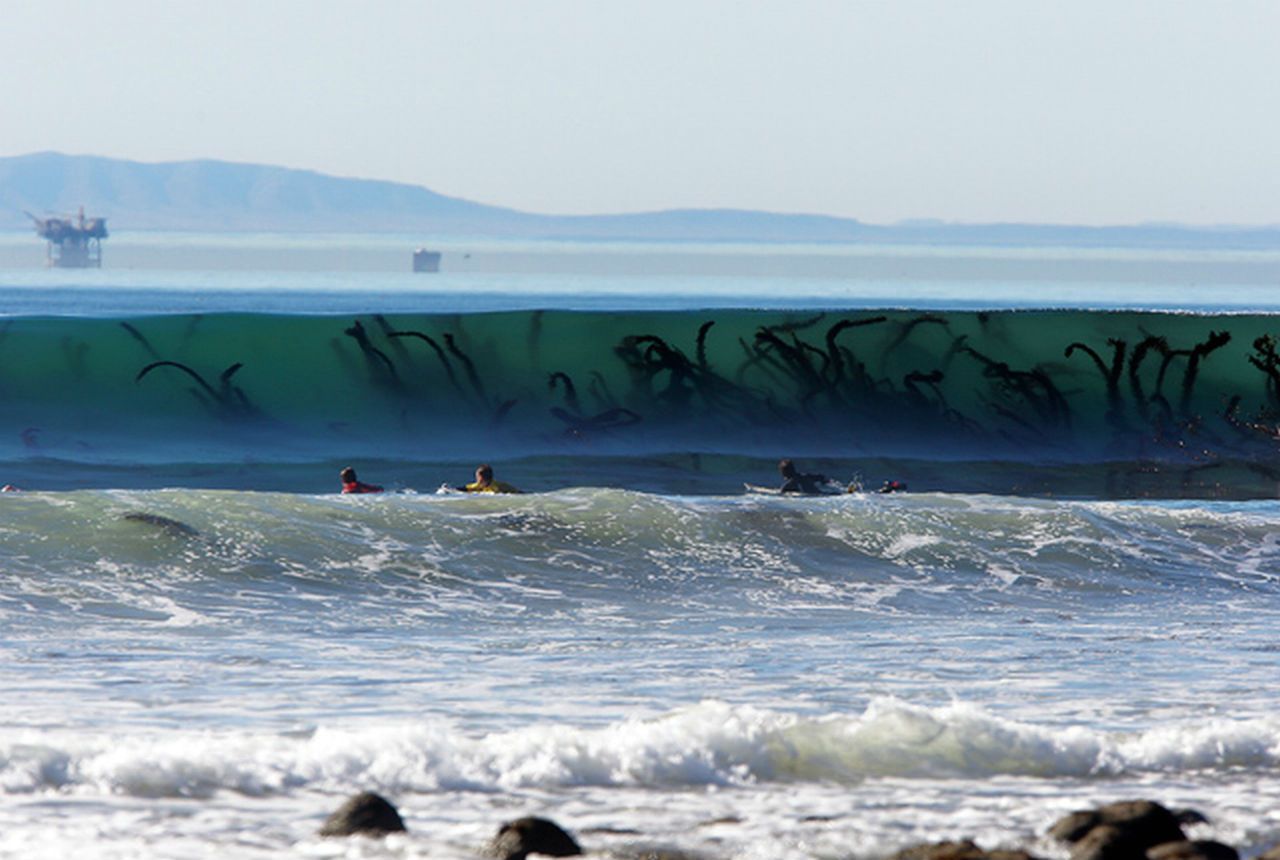 Thalassophobia is the fear of the sea or deep water. So do any of these pictures of swimmers who are in danger (or even perfectly safe) make you feel dread? Because if they do, you may have thalassophobia...

This is the pure nightmare of every thalassophobe. It's not just the vast expanse of the endless ocean that's so terrifying. It's the unknowable, unfathomable depth. It's the idea of entering the abyss (and not being able to breathe in the abyss).

Anything Could Be Out There

When you're in deep water and can't see more than a few feet, there could be anything coming for you. The parts of your body that you can actually see in front of you will be the first to go.

I don't know how this person could possibly want to do this. If "Star Wars" taught me anything, it's that what they're swimming into probably has a mouth. And it's going to swallow them whole.

A great white shark can be up to 20 feet in length and can weigh 4,300 pounds. It can swim as fast as 35 mph. Olympic swimmer Michael Phelps' top speed clocks in at 6 mph.

Anything Could Be Under There

This is worse than standing at the edge of a cliff. The wet surface is slippery and hard to grip. You don't know what could possibly be at the deep end of that hole.

The Oceanic Pole of Inaccessibility

This is a photo of the oceanic pole of inaccessibility (48°52.6′S 123°23.6′W), aka Point Nemo. It's the one place on planet Earth farthest away from any land. Look upon it and tremble, fragile humans.

"About 1,700 containers are lost overboard every year. Most of them hide just below the surface, held up by trapped pockets of air. Without radar, there's nothing you can do if you're going to hit one at night except pray it doesn't sink you." — Deep-sea fisherman.

When you have hurricane conditions taking over, there's nowhere to go. You can't control it, and those waves will swallow you whole.

The steering of the ship along with where you choose to stand are the only thing deciding your life or death. In open water, it's likely something will attack you before you can get rescued.

Underwater waterfalls are the illusion that there's water flowing into what seems like an endless chasm. It feels like if you set foot in the water that a vortex would suck you in, not being able to scream, down to the bottom of the ocean. And nobody would be able to help you.

The smooth, dark ocean can look gorgeous when taken in still. Or while seeing it from above. If you were stuck in this wave, though, you'd be dead. You'd have to be an Olympic swimmer to try surviving this.

A chilling image, obviously Photoshopped, but unsettling nonetheless. Something that huge could climb onto land and devour thousands of people at a time. And that's just one of its tentacles. The thought of anything that huge lurking underwater is terrifying.

Inside of the Ocean

While that is mostly seaweed, there is something inherently unsettling about this photograph. It looks like a teeming tank full of monsters. And those people are swimming right into it.

Stingrays have barbed stingers that you might think are just tails. One sting is extremely painful, causing swelling and muscle cramps. The barb breaks off in your wound like a giant bee sting. One sting is what killed "Crocodile Hunter" Steve Irwin.

Below the Ice Shelf

A penguin is meant to live in this kind of condition. A human without protective gear would either freeze to death or drown. Even if you got yourself onto the ice, you could still freeze to death.

You're staring into the unfathomable maw of a basking shark. Lucky for you, you're staring from the comfort and safety of a screen. Imagine actually encountering this monster in the vast nothingness of the sea.

When humans finally found a live giant squid, it was just as terrifying as the stories told. They can be up to 40 feet long and are one of the biggest living organisms in the world.

Largest Shark in the World

A whale shark can be as long as 41 feet long. The whale shark weighs 47,000 pounds. It can be found in open waters, so when you find one, it's likely you'll be alone. They've been around for more than 60 million years.

Imagine if the glass weren't there. Orcas are one of the ocean's most vicious predators. And they're capable of killing creatures much, much bigger than humans. We call them "killer whales" for a reason.

If you're ever in any kind of water, there can always be something hungry and dangerous in the sand. When you're wading through shallow ocean, for example, you suffer the highest chance of being stung by a stingray. Shuffle through if you don't want to step on something that has a defense mechanism.

Weight of the Whale

While probably a horrifying Photoshop job, this is a picture of a surfer riding a huge wave which he will not be able to outrun. The impact of the wave alone would knock his off his board. A humpback whale weighs about 79,000 pounds.

Divers take an image of the Virgin of Palm from deep sea to surface during the yearly Virgin of Palm maritime pilgrimage on August 15, 2016 in Algeciras, Spain.