Controversial Disney Movies That Disney Wishes You Would Forget 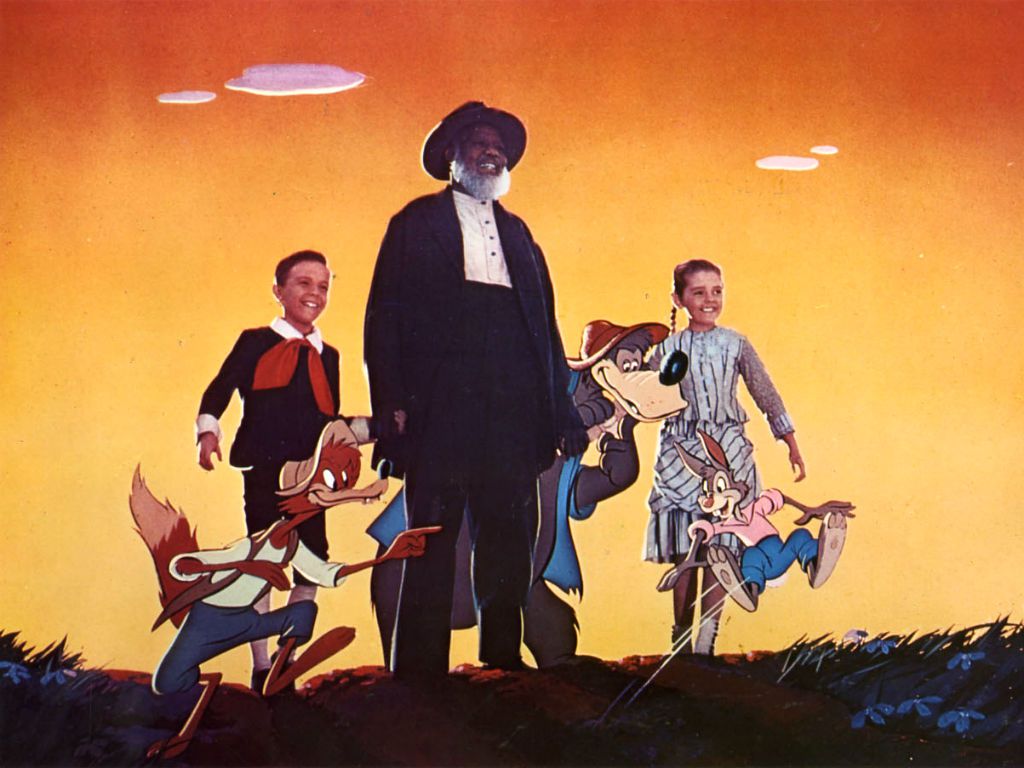 Disney movies are a staple of most of our childhoods. And sometimes we think that every movie the House of Mouse put out is a classic. But that's far from true. Disney has made a lot of terrible movies, and even some controversial ones. These are them...

Following the success of "Snow White and the Seven Dwarves," Walt Disney thought he'd cracked the perfect animated movie formula. He sank much of the film's profits into a new cartoon studio in Burbank. But "Pinocchio" and "Fantastia" flopped at the box office. Disney needed a win. So he made "The Reluctant Dragon," which turned the Burbank studio into the set for a live-action/animation hybrid film about making cartoons. It seemed like a smart move, but the film flopped hard, and it's basically disappeared since.

It's strange that Disney hasn't made more of an effort to market "Princess of Thieves," which features Keira Knightley as the daughter of Robin Hood before her role in "Pirates of the Carribbean" turned her into a bankable star. Maybe it's because the film includes a kiss between the then 15-year-old Knightley and her co-star, Stephen Moyer, who was literally twice her age at the time. Gross, Disney.

An anthology movie that shoves together a series of disparate stories, "Fun and Fancy Free" is forgotten by history mostly because it's just another Mickey Mouse caper. In one segment, Mickey climbs a beanstalk and tangles with a giant. In another, Jiminy Cricket helps a circus bear get laid. While this movie is nothing special, its cheap design did help pay for subsequent Disney classics like "Cinderella" and "Alice in Wonderland."

Jon Favreau's gritty, live-action "Jungle Book" from 2016 wasn't the first time Disney tried to squeeze some nostalgia coin from this property. First there was Stephen Sommers' live-action "The Jungle Book," released in 1994. It's notable for featuring a grown-up, muscular Mowgli, and for giving his love interest, Kitty, more to do than look pretty and fetch water.

In "So Dear to My Heart," a young boy learns life lessons thanks to a few animated segments that brighten an otherwise long, meandering, live-action movie. While "Song of the South" is noteworthy for its outdated racial politics, "So Dear to My Heart" doesn't even have that much to make it interesting. That's why nobody remembers it even exists.

"The Three Lives of Thomasina" is about a cat that dies repeatedly. Cats have nine lives, so when Thomasina is euthanized following an injury, she returns to life... and dies again. It's a fun premise that sounds better than the movie actually is. The film also fails its child stars, Karen Dotrice and Matthew Garber, who played Jane and Michael in "Mary Poppins."

"The Black Cauldron" is '80s Disney animated fare, i.e., nightmare fuel. It failed at the box office at a time when audiences were more interested in animated immigrant mice. So while most other Disney princesses are alive and well in the collective public consciousness, Princess Eilonwy from "The Black Cauldron" is relegated to a footnote in Disney history.

"Victory Through Air Power" is 70 minutes of World War II propaganda that attempts to convince America to engage in bombing raids against its enemies. The film is believed to have influenced President Roosevelt not only of military strategies but also of the power of cartoons in education and propaganda, leading to a healthy relationship between Disney and the U.S. government that continues today.

"The Cat From Outer Space" is an insane movie. The titular character is an alien who happens to look like a cat, and has telekinetic powers thanks to advanced tech in his cat collar. The cat needs a big bar of gold to fix his spaceship, so he enlists the help of some humans. Their strategy for obtaining the gold is to use the cat's powers to hustle pool. This is all exactly as nuts as it sounds.

One of Disney's earliest attempts at an animated feature, "The Adventures of Ichabod and Mr. Toad" smashes together two very different stories from classic literature. This proved less successful than simply creating one feature-length narrative, but that didn't stop Disney from recycling a bunch of shorts into full-length features over the next few decades.

"The Happiest Millionaire" is a movie about a rich man who wants to convince America to join World War I, who keeps alligators in his mansion, and whose Bible study group is actually a secret boxing club. All of these bizarre elements are actually window dressing, because this movie is actually a romantic comedy about the titular millionaire's tomboy daughter as she learns to be more feminine and lands a rich husband. This was the final movie that Walt Disney worked on personally during his life, as he died during production (but not, thankfully, because one of the alligators got him).

"The Wild" is a CGI animated movie about a bunch of zoo animals who find themselves lost in the jungle. If this sounds suspiciously like the plot of "Madagascar" to you, be aware that this similarity has not gone unnoticed, but the DreamWorks movie is infinitely superior. "The Wild" is the quintessential example of just how low Disney sank in the '00s, before the company started simply buying its competition at every turn.

The story goes that when Walt Disney saw "To Kill a Mockingbird," he was so moved by the film's weighty themes that he wanted to make his own movie about racism in the Deep South. But because he was Walt Disney, his version features a cartoon rabbit and some odd moralizing that has aged poorly. "Song of the South" continues to be an embarrassment for the company, locked away in the Disney Vault seemingly forever, and reports suggest that the film will not be released on the upcoming streaming service Disney+ when it arrives in the near future.

Sure, there are problems in the world today, but how bad can things be when a movie called "The Gnome-Mobile" exists? Another star vehicle for "Mary Poppins" kids Karen Dotrice and Matthew Garber, this movie utilizes then state-of-the-art compositing tricks to make it look like Not Jane and Not Michael are really sitting next to a bunch of fantasy creatures in the back of the titular Gnome-Mobile.

Here's a film that (one would hope) could never get made today: Tim Allen's son is a Venuzuelan native tribesman! Laugh at this fish out of water story about a boy who doesn't understand that the Statue of Liberty isn't actually aflame! Marvel as Allen, an infamous coke mule, continues his '90s career as a family man children's entertainer! The less said about this sorry film, the better.

If you're of a certain age, you might remember the '90s Robin Williams comedy "Flubber." This fim is actually a remake of a pair of older movies, entitled "The Absent-Minded Professor" and "Son of Flubber." The plot of "The Absent-Minded Professor" is functionally identical to the Robin Williams movie, right down to using flubber (fluid rubber) to make a car fly and turn a losing high school basketball team into champions.

It is absolutely absurd that anyone at Disney ever thought that a "Teacher's Pet" movie would work. The original "Teacher's Pet" cartoon TV series ran between 2000 and 2002, and it wasn't exactly "Recess" in terms of popularity. Then, two years later, Disney released a theatrical movie based on the show, which unsurprisingly, nobody went to see. The movie made $6.5 million on a $10 million budget, and it's frankly a wonder it even made that much.

Wacky science movies were big in the '60s, and Disney had their own particular spin on this trope in the form of "The Misadventures of Merlin Jones." In this film, Merlin Jones creates a series of weird and wonderful inventions, which he uses primarily to teach a monkey to stand up to bullies. Movies are strange sometimes.

Behold the joy of baby Kurt Russell pretending to be a cyborg. "The Computer Wore Tennis Shoes" is one of many films in the under-appreciated Medfield College Cinematic Universe, as Disney used this fictional school as the basis for a lot of strange sci-fi films including the aforementioned original Flubber duology. In "The Computer Wore Tennis Shoes," Kurt Russell's character gets electrocuted by a gambling computer, which gives him superhuman mental abilities. His friends take advantage of this for financial gain, by entering the human-computer hybrid in a general knowledge quiz show. This movie got two sequels; "Now You See Him, Now You Don't," in which Russell's character turns invisible, and "The Strongest Man in the World," in which one of his friends gets superhuman strength.

Oh look, it's baby Kurt Russell again. Considering the nutty joy that is the Medfield College Cinematic Universe, you'd be forgiven for assuming that "The Horse in the Gray Flannel Suit" features a horse that turns into a human. No such luck; the horse is merely good at running fast, and this is a by-the-numbers sports film that earned an unenthusiastic reception at the box-office.

Perhaps you remember "Dinosaur," but probably only vaguely. It's unlikely that, even if you did actually see it, you have any lasting memory of this film. It was the turn of the century, and Disney really did not have a clue how to make CGI animations. The company somehow managed to make a movie about dinosaurs bland and forgettable, as evidenced by this film's unimaginative title. Another earlier dinosaur movie from Disney was much more interesting...

Now here's a dinosaur movie worth getting excited about! Sure, "One of Our Dinosaurs is Missing" isn't a perfect film. It's an exceptionally racist send-up of Hong Kong action cinema which, for some reason, involves the secret recipe for wonton soup being hidden inside a dinosaur skeleton. This (fake) skeleton, by the way, has had a prolific movie career - you might recognize it as the remains of a Krayt Dragon that C3PO walks past in the desert in "Star Wars: A New Hope."

1960's Disney had a real thing about monkey movies. Not only does "Merlin Jones" heavily feature a trained chimp, but the company also made a film called "The Monkey's Uncle" the subsequent year. Another two years later, audiences were treated to "Monkeys, Go Home!," which doubled down on this monkey trend, to mixed results.

In 1999, David Lynch made "The Straight Story," a film which probably would have a different title if it were made today. The movie is about Alvin Straight (hence the name), a World War II veteran who heroically drives a lawnmower from Iowa to Wisconsin. That is this the entirety of this film's plot. No prizes for guessing why this Disney gem hasn't stood the test of time.