Perfectly Timed Sports Photos That Are So Insane, They Look Photoshopped

Sarah Knieser
Perfectly Timed Sports Photos That Are So Insane, They Look Photoshopped May 17, 2020Leave a comment 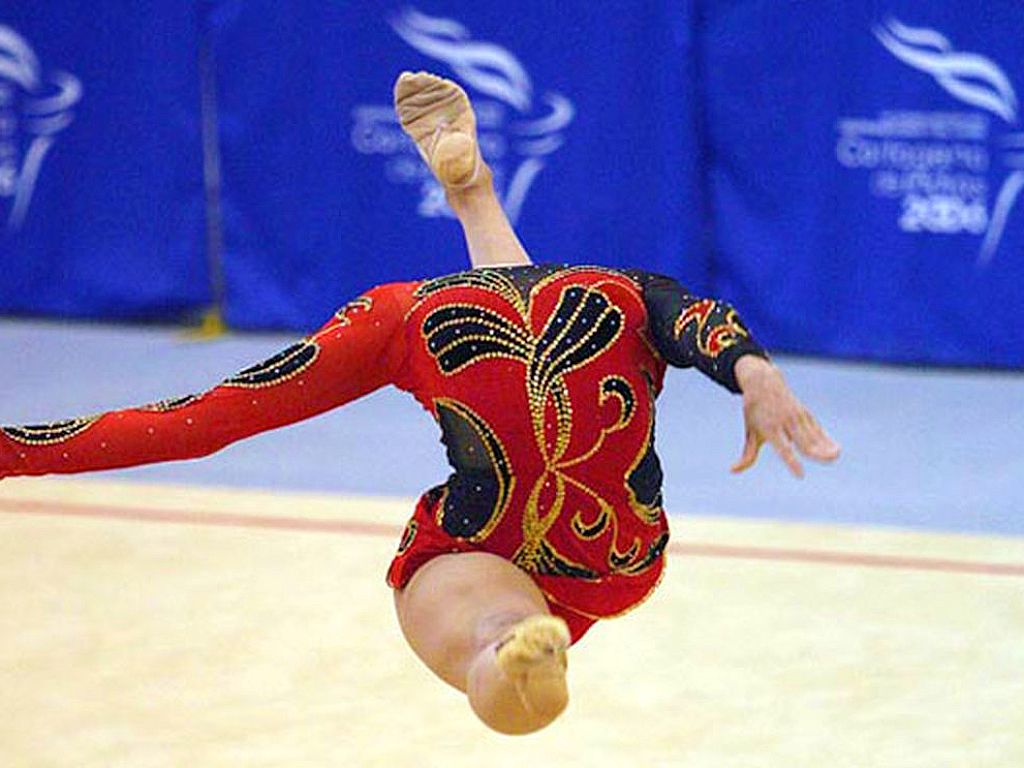 Life is unpredictable, especially when you’re playing sports. Just ask these folks who were either playing or watching a major sports event and just minding their own business when they were caught in a strange pose. Their regular moments turned into hilarious disasters that made for some epic and perfectly timed photos.

Tanner Coleman, an offensive lineman for Evangel Christian Academy in Shreveport, Louisiana, lost his helmet while attempting to protect his quarterback during a game. A Dallas Morning News photographer snapped this spooky shot that looks totally Photoshopped even though it was just perfectly timed. But this next speedster proved you can run at full speed and still look totally photogenic.

Olympic Athlete Usain Bolt ran the 100-meter dash at the 2016 Summer Olympics. Halfway through the race, he decided he had plenty of time to look at a photographer and flash the camera with his perfect million-watt smile. But will this next guy manage to look as photogenic with a golf ball heading his way?

When Tiger Woods started golfing, Mark Pain, a photographer for the Daily Mail positioned himself in front of him to get the perfect shot. It turns out, his last name, Pain, was sort of an omen. Unfortunately, the ball hit Pain’s camera seconds after this photo was snapped. But at least he didn’t get balled in the face.

He Got Balled in the Nose

This Diamondbacks player took one for the team... literally. He was supposed to catch the ball with his glove, but definitely miscalculated. So, he ended up with an unintentional nose job.

The position of these two synchronized swimmers is utterly hilarious. The swimmer in front seems to have the most flexible spine in the sport and the swimmer in back has no idea that she is lending her legs to this incredible pose.

Other athletes with a lot of flexibility tend to credit yoga with their abilities. These two yoga influencers showed off their pose and their outfits with this perfectly framed shot that makes you ask, "wait, what exactly am I looking at?"

I Lost My Footing

This unfortunate soccer player was captured getting trampled on the field by another player. Luckily, the athlete was not badly injured and video footage showed this moment happening in the blink of an eye before the player triumphantly regained her footing.

It seems that this goal keeper is defiantly throwing a ball into the goal he is supposed to be protecting, and with a lot of force! Thankfully, this wasn't actually the case, but even the player for the other team seems stunned at what was going on!

Synchronized swimmers are trained to have total control over their bodies while in the water, but do they actually learn how to float on its surface? There couldn't be a better timed photo for this sport in existence!

Swimmer’s Caught in a Bubble

A camera snapped Tyler Clary of the United States Swim Team seconds before his body surfaced from the water. This made Clary seem like he was trying to escape from an awfully sticky transparent goo at the 2012 Summer Olympics. But this perfectly timed photo is not nearly as head turning as what happened to a Pittsburgh Steeler.

In 2003, Pittsburgh Steeler player Antwaan Randle El got his head turned all the way around as an opponent yanked his helmet nearly clean off. Although Randle El wasn’t seriously hurt, the other player got a penalty. Not everyone can be as graceful as this next NBA player...

This New York Knicks player was the epitome of grace as he jumped up in the air during a game. And when someone took a snap, he ended up looking more like a ballerina than a buff basketball player. But it’s better than dodging a foot in the air. Just ask this next guy...

The MMA fighter in white shorts gave his opponent a swift kick to the ribs. The impact sent a painful rippling effect through the other fighter’s back that made his skull tattoo seem like an actual head getting hit. He probably had to catch his breath, much like the crowd in this next shot.

During the 2016 spring training game between the Atlanta Braves and Pittsburgh Pirates, an errant bat went flying straight for Shaun Cunningham’s son. But in an instant, this super dad managed to deflect the bat before it rearranged his boy’s face. And if anyone can appreciate a near miss, it’s this next NBA player.

During Michael Jordan’s NBA rookie season, the sports star took Air Jordan to the next level when he jumped to score a point. He jumped so high that his head nearly hit the rim of the basketball hoop. But there was one NBA player who nearly performed brain surgery on himself...

We don't know if synchronized water dancers are used to shoving their fingers inside their teammate's mouths or not. But clearly, these two are totally in sync and ready to win. So if one of them is sticking her finger, the other one will quickly follow up. Whatever helps them win, right?

The Ohio State Buckeye assistant coach noticed a drunk fan running across the field during a game. He was no match for the coach who hooked the young man around the neck with one arm and tackled him to the ground. But at least he didn’t get a swift kick to the face like one defender did.

Antonio Brown, the star receiver of the Pittsburgh Steelers, should have known that kicking a defender in the face to avoid him is a huge mistake. But judging from the shocked look on his face, Brown must have realized his mistake at the last second. And a kick in the face sounds almost as bad as getting pucked in the eye.

A puck flipped up from the ice and got lodged between New York Rangers’ Dan Girardi face and visor and ended up making him look like a pirate. This led to a time-out while the player removed the puck from his helmet’s visor. But at least his helmet didn’t bend like this baseball player’s bat did.

Bats aren’t as sturdy as they seem. That’s something Mark McGwire from the Oakland Athletics learned when he won his first World Series. As the bat made contact with the ball, the bat seemingly bent unnaturally. But want to know what’s really unnatural? This next Olympic diver’s face.

Diver With a Fish Face

Being an Olympic diver takes a lot of effort, which is clearly reflected on this woman’s face mid-dive. She ended up with a hilarious fish pout as she prepared to hit the water. It’s a good thing judges don’t take facial expressions under consideration when scoring or that diver would have looked as horrified as these next soccer players.

This epic moment was captured just as something terrible happened in the soccer field. But we’re not talking about the player who just tripped over his opponent. Whatever it was going on behind the camera must've been so bad that these two opponents were genuinely freaked out.

This photo captures what seems to be a guy levitating mid-air, but in reality, that bull tossed that man in the air, seconds before hurting him badly. And given that the guy’s upside down, you can almost feel the pain he’s going to be in when he crashes to the ground. But he could have saved himself the pain if he had worn a crown like this next guy...

The NBA King is Here

The NBA referee in the middle and the one on the right are ordinary referees. But the one on the far left looks like a king, right? The ref aligned his head with the Budweiser ad behind him, so when the photo was snapped, it looked like he had a crown on his head. But this next gymnast doesn't seem to have a head to crown.

It might look like the gymnast in this photo was decapitated midway through her jump, but she just bent her back and neck at an angle so intense that it made her seem like she lost her head when the photographer snapped the picture. But if her head had come off, people would have the same expression as this next NBA player.

NBA Player is a Scream Queen

You don’t expect a grown man, let alone a Milwaukee Bucks player, to be afraid of a basketball. But in this snap, it looks like this player is genuinely terrified of the ball. He is giving Janet Leigh in "Psycho" a run for her money. Too bad he couldn’t make the ball float, but we’re sure this next MLB player would be able to.

This photo was taken shortly before Alexander Rodriguez retired from Major League Baseball in 2016, but this perfectly timed photo suggests that he quit mid-game, or he was going all Harry Potter and levitating the bat. Either way, he was in for a rude awakening, much like this next Tour de France fan.

In this shot, a fan was trying to chase after a bike rider during the Tour de France. But his attempt to distract the rider took a bad turn when another fan stuck his foot out to trip him before he could disrupt the race. But maybe they smooched out their differences afterwards like these NBA players tried to do.

It’s obvious from this photo that NBA player David West wasn’t too fond of fellow rival Tristan Thompson, especially after the latter tried sneaking in a smooch. Moments after this perfectly-timed photo was taken, the men started shoving and screaming at each other. But it wasn’t as brutal as women’s soccer can be.

Whoever said women’s soccer wasn’t as brutal as men’s soccer has never seen a game. In this shot, two players tried gaining control of the ball with their heads, but they ended up crushing their skulls into each other in the process.