30 Sure Signs You’ve Become a Hoarder 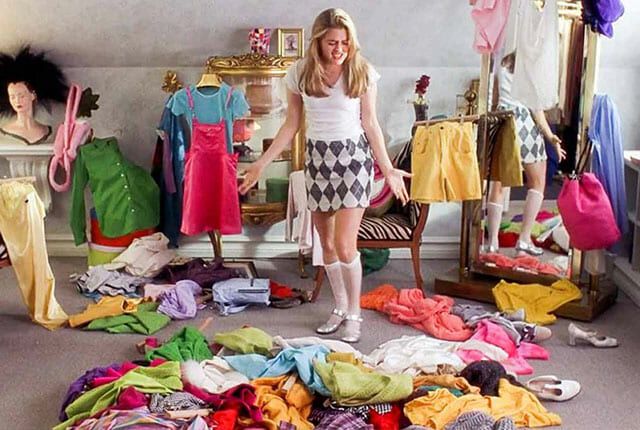 Most hoarder don't realize they've got a problem. Could you be one and not know it? Here are some signs you might be a hoarder...

Your Shoes Are Full Of Holes

You've worn those old pairs of shoes out for good. The soles even have holes in them. But they're still comfy enough to wear around the house or in the backyard when you're doing some gardening.

Whenever you try to clear out all your junk, you discover something that's completely new. Well, it's only new to you because you'd forgotten that you buried it under piles of yarn, plushy toys, or ketchup packets years ago.

You know that you really don't need whatever they're giving away for free, but you take it anyway. You also don't mind taking all those hotel amenities like soaps, shower caps and shampoo bottles, in case there's a shortage at the market.

Mother Nature might appreciate your efforts to save the environment even though your family doesn't get it. But who cares if you keep stuffing plastic bags under the sink and reusing them?

Whenever you go to a Taco Bell, Burger King or McDonald's, you take a bunch of sauce packets home with you. But while your family calls you cheap, think of all the money you save on buying actual sauce.

You Save All Your Textbooks

You haven't been in college in how many years? You graduated high school when? But you're still holding onto your old textbooks. You have so many, you could open up a bookstore.

You Even Hoard Pets

Hoarders don't just collect lots of stuff. They also collect lots of animals. So much so that their houses turn into makeshift animal shelters. Talk about messy, especially when everyone's pooping everywhere.

Everyone else just sees loads and loads of clutter. But what do they know, right? There's a method to your madness and only you can appreciate that there's a system to the way you hoard around.

You're not exactly sure where, but whenever someone mentions they need a particular item, you know you have one. But the only answer you can give them is that it's somewhere lost in the abyss of clutter.

No Robbery In Progress

You never have to worry about a thief hiding in the closet or under the bed. That's because you know that every possible hiding spot is littered with tons of old clothes, magazines and trinkets you never use.

You're Stuffed With Stuff

You realize that you could grow up some day and throw away all those stuffed toys you've been hoarding since you were a kid. But then you realize that only a monster would commit such a heinous crime like that.

You dread to clear out your closet, your bed or your desk underneath. You've heard noises coming from there and you can only imagine what household pest has mutated under all the junk you've been hoarding.

You Buy The Same Stuff

So, what if you have the same item or something similar to it at home? You justify buying it over and over again because in your mind, you can never have enough of a good thing.

You're A Charger Cemetery

You've upgraded your smartphone like 10 times already, and thrown away an old tablet that just doesn't work anymore. But somehow, the chargers for these electronics linger like ghosts. Happy Halloween!

You're always careful when unwrapping a present so you can reuse it further down the line. Meanwhile, you're really helping to keep the rainforest from being cut down.

When your friends and family stage a hoarding intervention, you justify it. Sure, you might lose your job someday, but you'll make plenty of cash selling all the things you've been hoarding on Ebay.

You keep stockpiling your old train tickets, bus tickets, cards or purchase receipts into your purse or wallet. But just thinking about emptying all that junk fills your soul with nothing but fear itself.

You hoard so much stuff that inviting friends or family becomes way too embarrassing. Besides, it's not like there's a place for them to sit anyway. So your clutter becomes your lifelong companion.

You keep acquiring things. You even have a bunch of random stuff, some of it vintage, but no one can appreciate it. Why? Because you really have no use for your things, let alone an excuse to display them.

You're 40, but your closet is stuffed full of clothes you used to wear when you were a teenager. But the thought of parting with that tank top or that pair of jeans that just don't fit anymore is ridiculous.

You Own Expired Stuff

There are at least three items in your fridge or your pantry that are way past their expiration date, but that also includes your bathroom. But it doesn't bother you that your bread is so moldy that it's turned into penicillin.

You Store Your Batteries

You tell yourself that throwing away batteries is bad for the environment. So your quick and easy solution is to store them all in crates in your closet. One of them is bound to have some juice left.

Your friends never stick around for very long because there's no place to sit. All of your chairs are being used to hold piles of your things. That's OK, because that gives you an excuse not to clean when they come over.

You Own Too Many Cassette Tapes

iTunes might be the latest rage, but if the internet crashes, you can always rely on these old tapes. Besides, how can anyone expect you to part with that old mix tape your high school crush made for you.

You're a literally a repository of old magazines. In fact, you have so many, they're like pillars. But, in your defense, you just haven't gotten around to reading them all yet.

You save that old toaster that hasn't worked in years. It's only taking up space on your countertop, but you're convinced that you'll get around to fixing it someday. Meanwhile, hands off the appliance!

Your Boxes Are Possessed

You've moved half a dozen times over the course of your life. Naturally, you've had to box up your possessions. But you refuse to go through certain boxes cause it's easier to just move your box of possessions with you.

Your Sink Is Unsanitary

As a hoarder, you've given up on keeping the house clean. It's so much better to just leave all the dishes piling up in the kitchen sink. So what if cockroaches and ants invade the kitchen? You've hoarded plenty of Raid too.

When you finally do throw a few items away, you start to cringe and make a face that screams regret. Then everyone tries to hold you down so you don't run to the trash bin and get it all back.

Talk about politics, or philosophy and you're cool as ice. But when someone tries to bring up that you having a hoarding problem, and you don’t need all those pens, the gloves come off. This is how you live and you get mad when someone judges you.