Camila Villafane
30 Reasons ’60s Kids Had the Best Childhood May 24, 2019Leave a comment 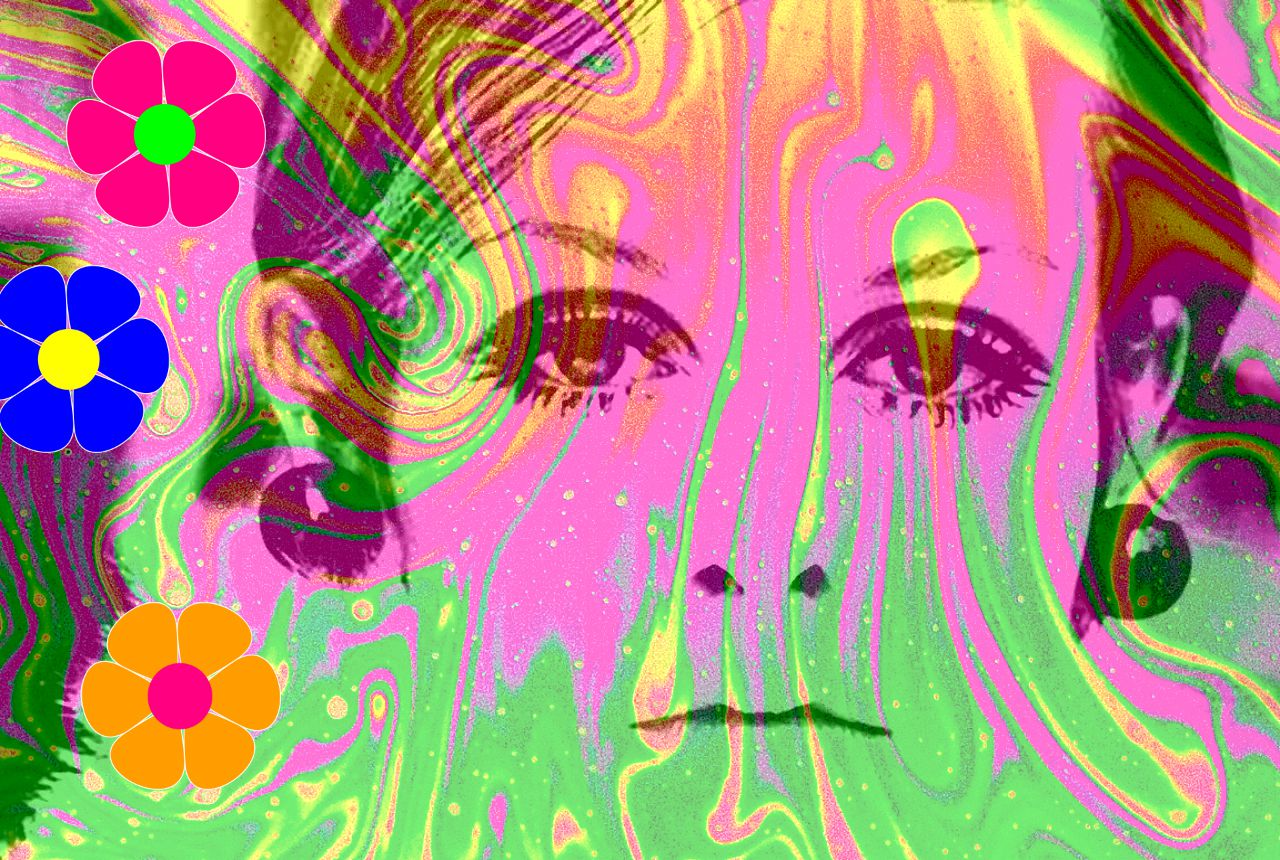 We're talking Tang, the Beatles and 15-cent hamburgers. Baby boomers remember all of this stuff from their youth. And younger generations will wish they'd been there...

Tang Was Your Favorite Drink

In the '60s, Tang was the coolest thing a kid could drink. It was was affordable and it was easy to make. So you didn't even need your mom or dad to help out. Plus, it's what the astronauts drank. Neato!

You Owned at Least One Lava Lamp

A British accountant named Edward Craven Walker invented the original "Astro Lamp" in '63. He added a colored wax mix inside a glass container, which started hovering when exposed to heat. Groovy!

You Obsessed Over This Pattern

It's no wonder that hippies started chanting "flower power" around '66. They also added this pattern to their clothes and cars. Everyone loved flower patterns in those days. It was on practically every wallpaper in every home you walked into, and even on the bathroom curtains.

Despite what you may have heard, actress Mia Farrow insists that pixie cut was her idea, and not the late Vidal Sassoon's. And if you're from the '60s and saw her in "Rosemary's Baby," you know she's the true founder of this fab 'do.

Jell-O Salads Were the Thing

This dish of jiggly gelatin came in braids or rings, and had fruit, marshmallow or nuts. Savory Jell-O salads even had veggies or tuna. But why did housewives love it? 'Cause it was cheap and fast. It may have looked weird, but it was a total lifesaver.

Twiggy Was Your Style Icon

Twiggy was a teen fashion model from the U.K. who was the new face of the industry in the '60s. Young, bold and with her rail-thin frame, she took over the fashion world. Owning Twiggy threads is one of those things only '60s kids will remember.

You Had a Rotary Phone

Your phone had one of those rotary dials that could make you break a nail and lose patience as the dial reset itself with each number. And calling long distance during the day was a huge mistake as the rates were cheaper after 7 p.m. Remember?

You Ate Too Many Fluffernutters

A New England delicacy, a fluffernutter was a sandwich that was made with marshmallow creme, aka "fluff," and peanut butter on white bread. You might even remember sprinkling some powdered sugar on top too, and boy was it delicious. Fattening, but delicious.

You Watched the Apollo 11 Moon Landing

On July 20, 1969, Astronauts Neil Armstrong and Pilot Buzz Aldrin took off from Apollo 11 and landed their lunar module, Eagle, on the moon. And you probably remember watching as Armstrong said, "That's one small step for man, one giant leap for mankind." Far out.

While most '90s kids and millennials neede television to watch the iconic Disney film about a family who escapes Napoleon's reign only to get stranded on an island, you had the chance to sit through it in the theater.

You Owned at Least a Couple of Beatles Albums

John Lennon, Paul McCartney, George Harrison and Ringo Starr influenced the world with their rock music, so you definitely owned an album or two of The Beatles. You also probably had a huge crush on Paul McCartney. Then again, who didn't?

You Watched 'American Bandstand' on TV

The musical performance show had teens dancing to Top 40 music introduced by the host, Dick Clark. He'd also ask teens about their opinions of a song being played. The series ran for 37 seasons and inspired the creation of shows like "Soul Train."

Color TV was first developed in the late '40s, but it wasn't available to the public until the '50s. And most folks couldn't afford them until the '60s. So if you were one of the lucky few to own a color TV set, you felt like the luckiest person in the world.

Santa Claus was overwhelmed by requests from girls wanting to own go-go boots, which were typically white, low-heeled, mid-calf boots introduced in 1964. You sure didn't want to be caught dead going to a dance club without wearing a pair of these sexy boots.

Created in Denmark in the 1950s, the troll doll fad made its way to the States by the '60s. For such ugly-looking things, troll dolls were all the rage back then, and no home could do without one (or a dozen). In fact, these toys were supposed to bring good luck. If you rubbed their hair, that is. That's how trolls work.

Tie-Dye Was All the Rage

Tie-Dye was invented in the mid 60s and it made clothes seem like a unicorn had thrown up on them. The process involved folding, twisting, pleating, or crumbling the garment and binding it with string or rubber bands before applying the dye. Hippies loved dem bright colors, huh? *I do too. Shhh.*

Do you remember "The Twilight Zone," the legendary CBS show that took you to a dimension where the weird and unexplained happened? How about "The Outer Limits," the ABC network's equally engaging and discomfiting sci-fi anthology series? '60s kids remember and love these iconic series that still win new fans almost six decades later.

You Were Obsessed With 'The Sound of Music'

You probably saw Julie Andrews as Maria, an Austrian governess, twirling around with her arms spread wide while she sang about the hills being alive. "The Sound of Music" was based on the true story of the Von Trapp family, who became well-renowned singers after WWII.

You Snacked On Screaming Yellow Zonkers

This snack food was like Cracker Jacks for the '60s. It was popcorn with a yellow sugary glaze that was sold in a black box. You swore you could eat a whole box all by yourself, which explains why you've never been able to get rid of your love handles.

McDonald's Burgers Were Only 15 Cents

You may think you're getting a neat deal when you off the McDonald's $1 $2 $3 Dollar Menu. But in the '60s, McDonald's burgers cost only 15 cents. Then again, 15 cents was considered a lot of money in those days.

Spirograph Was What You Wanted for Christmas

Spirograph was a toy that allowed you to draw interesting geometric shapes using mathematical roulette curves. It was designed by a British engineer named Denys Fisher, and sold in 1965. In fact, today, it's still quite a hit.

All Of Your Contacts Were Kept In Here

One of the things only ‘60s kids will remember is this device. In those days, people didn't have Smartphones to store their contacts, so they relied on this. You just moved the lever to a specific letter, and it would show you all the contacts for that letter.

Your Lounge Room Had This Type Of Cabinet

Your mother wouldn't have been caught dead displaying her good China in anything but a vintage glass cabinet like this one. But if you still own this gorgeous art-deco furniture piece today, people would swear they were in a museum. What do they know, right?

Your Dream Car Was A VW Beetle

In the 60s, Volkswagen had a rough time competing with European cars like the Fiat 127 or Renault 5. So the German company came up with the VW Beetle, which was small, oh-so cute, and every teen wanted to own one by the time they were in high school.

In the '60s, there weren't a whole lot of shows or channels to choose from. Fortunately, the sitcom, "The Dick Van Dyke Show," brought plenty of laughs to everyone's living room, including yours. And thanks to TV Land and DVDs, you got to share the experience with millenials todays...that is if you can convince them to watch the show for more than 5 minutes.

You Danced The Twist

In 1962, musician Bob Diddley released the album, "Bo Diddley's A Twister," which suggested that you should dance by twisting your hips. This pissed many parents off because of the provocative nature of the pelvic movements. So apparently, twisting your hips made you a hoe back in the day. They're probably not too fond of twerking either, I bet.

If you're a child of the '60s then you remember watching Sally Field as Sister Bertrille flying around her convent and the neighborhood in this popular sitcom based off of the 1965 book, "The Fifteenth Pelican". Field was so cute in her habit!

Hippies Were So In

You remember how fun hippies were with their "make love not war" signs and their psychedelic clothing. The serene and loving youth movement continued to expand and became an icon of peace, flowers, and free love. Eventually the movement spread to other countries.

The Surfer Culture Was All The Rage

While surfing was invented by the ancient Polynesians, it certainly made a comeback in Australia, Hawaii, and California during the 50s and 60s. It not only influenced fashion, like bikinis and board shorts, but it also introduced us to slang like "dude," and "hang ten."