Incredible Cleopatra Facts That You Didn’t Learn in History Class 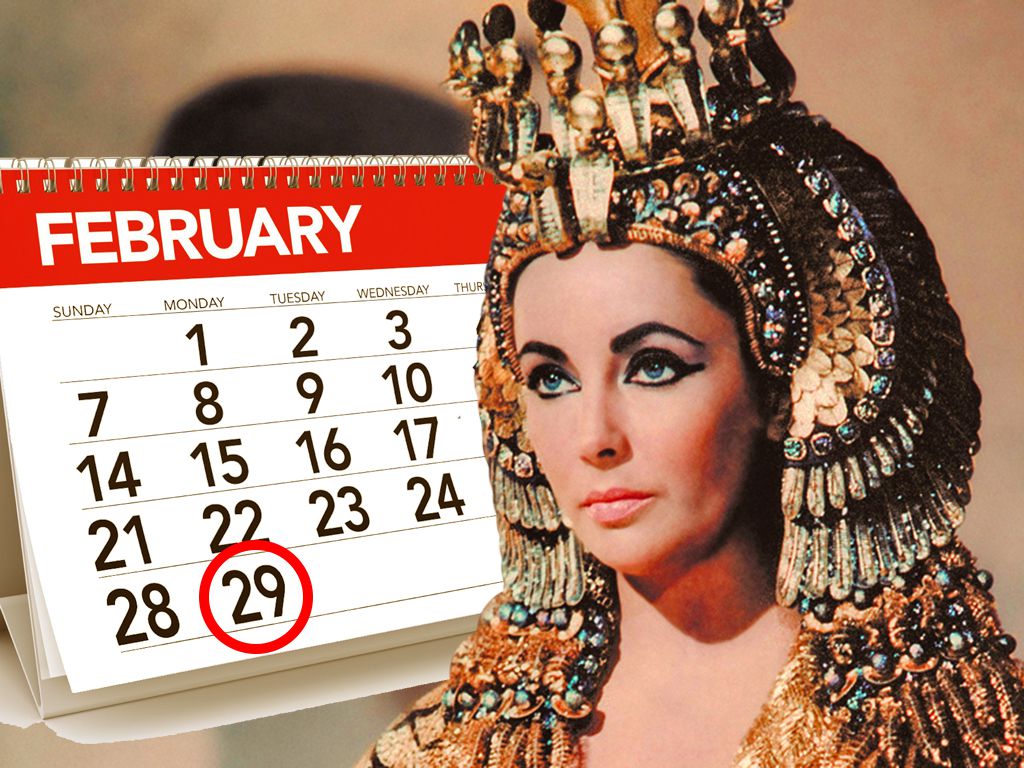 We all think we know a lot about the Egyptian Queen because of what Hollywood and Halloween costumes tell us. However, historians have spent thousands of years getting to know the real woman: the politician, the sister, the lover. Here are 25 facts you definitely didn't know about the famous female Pharaoh...

Although born in Egypt, she was not actually ethnically Egyptian. She was a member of a Greek dynasty, the Ptolemies, who ruled Egypt for 300 years. She embraced many of her ancestor's Greek customs during her reign in Egypt and was the first ever Ptolemaic ruler to speak and write in Egyptian.

She Was The Embodiment of an Egyptian God

She Wasn't As Beautiful As We Think

Contrary to popular belief, Cleopatra wasn't exactly a picture of beauty. Evidence of her face on ancient coins show us a different woman than Hollywood's portrayal. Historians believe it was her intention to depict her self according to political need, such as choosing to be shown with her father's strong jaw line to emphasize her inherited right to rule.

Roman propaganda portrayed Cleopatra as a temptress who used her sex appeal and good looks as a political weapon. However, stories of her character stand strong against the stories of her beauty. According to Plutarch, the Ancient Greek writer and Mark Anthony's biographer, Cleopatra's looks weren't as compelling as her intellectual conversation and sharp intelligence.

She Seduced Other Rulers

Although not as strikingly beautiful as the classical story tells us, Cleopatra is known to have seduced two of Rome's most powerful rulers, Julius Caesar and Mark Anthony, in an attempt to build strong political alliances. Caesar wanted Egypt in his pocket as it was the bread basket of the Mediterranean and Cleopatra wanted to multiply her artillery in order to help her in battle.

She Was a Product of Incest

In Egypt two and a half thousand years ago, it was very common amongst royalty to marry within families in order to consolidate power and money but also to keep the bloodline pure. It is believed that Cleopatra's parents were either siblings or cousins.

She Married Two of Her Own Brothers

With the death of Cleopatra's father, Pharaoh Ptolemy XII, the 18-year-old became joint ruler along side her 10-year-old brother. Ancient customs at the time forced Cleopatra to marry her younger brother. Years later, after the death of this brother, she married her other brother.

It is believed Cleopatra spoke nine languages, demonstrating her broad intelligence and multi-cultural understanding. The young Queen was educated as a child to be a potential ruler with the most advanced Greek curriculum.

She Was a Teenage Leader

When Cleopatra was 14-years-old, her mother died under mysterious circumstances. Her father promoted the teenager as joint regent and deputy and she ruled alongside her father for four years, gaining valuable experience and learning the tricks of the trade. By the time Cleopatra was in her early twenties when she was the sole ruler of Egypt.

She Was 31 Years Younger Than Julius Caesar

At the beginning of the their two year relationship, the ruler of Rome was 52 years old and the Queen of Egypt was just 21 years. Their relationship was a tactful alliance of the two superpowers, Rome and Egypt, which resulted in their son. In 47 BCE, Cleopatra gave birth to Caesar's son, Ptolemy Caesar, who was nicknamed Caesarion, or "little Caesar."

In order to avoid being caught by her brother’s forces, she was smuggled into Alexandria while rolled up in a carpet in order to meet Julius Caesar. Her servant, disguised as a merchant, unrolled the Queen in front of Caesar inside the general’s suite.

She Brought the Solar Calendar to the World

When Julius Caesar brought Cleopatra to Rome, she brought with her rich scientific knowledge. Cleopatra's Egyptian astronomers taught the Queen about the solar cycle system which is how we use our calendars today. The Romans at the time were using a lunar calendar, but Caesar adopted this new method and brought it to the rest of the world.

She Gave Us Leap Years

The solar cycle meant that there would be 365 days each year and every four years there would be a leap year. This cycle gave us the calendar that we use today and we have Cleopatra to thank for that. Her astronomers gave her that knowledge, which she passed to the Romans and subsequently the rest of the world.

She Was Dethroned by Her 13-Year-Old Brother

In 50 BC, only one year after she ascended to the throne along-side her brother, Cleopatra became involved in a dispute between Roman troops and a Syrian governor. When she backed the Syrians, the Romans backfired by helping her husband/brother steal the throne from her.

She Killed Her Three Siblings

The ultimate sibling rivalry! Her first husband/brother ran her out of Egypt when she tried to be the sole ruler. She then teamed up with Julius Caesar, creating a civil war and causing her brother to drown in the River Nile. Later, she married her other younger brother, but it's believed she had him murdered in a bid to make her son her co-ruler. A few years later, she plotted to have her sister killed as well, who she considered a rival to the throne.

She Was the First to Put Her Face on Bronze Coins

Although many rulers before her had their faces carved into silver coins, Cleopatra was the first ruler to put her face on a low value bronze coin. Her tactful plan allowed all of her subjects, rich and poor, to be confronted with her face in order for them all to know their Queen.

She Was a Fachion Icon in Rome

When Cleopatra arrived in Rome with Julius Caesar, she got people talking. Not only were the Romans gossiping about her love affair, but the Egyptian Queen became a fashion icon amongst Roman women. Her hairstyle depicted the style of her Greek ancestors, which she often wore braided into a bun which was soon adopted by Roman women along with Cleopatra’s makeup and signature pearl jewelry.

She and Mark Anthony Had a Drinking Club

Years after the death of Julius Caesar, Cleopatra began a relationship with the highly influential Roman politician Mark Anthony. As well as forming a political bond, the pair were famously fond of each other. The couple even formed their own drinking society known as the "Inimitable Livers." The group pulled all nighters and binged on wine and supposedly wandered the streets in disguise playing pranks on residents.

According to ancient sources, including various Roman historians and poets, Cleopatra took her own life. The most common story is that she induced an Egyptian cobra to bite her. However, there are many other stories of Cleopatra’s death. Some historians suggest she may have swallowed poison or stabbed herself with a pin dipped in snake venom.

We Get the Month of August From Her

After Cleopatra's death, her enemy Augustus had the chance to have a month named in his own honor. However, instead of choosing September (the month of his birth) he chose the eighth month of the year, in which Cleopatra died, to create a yearly reminder of her defeat. Not exactly the most charming link to Cleopatra, but nonetheless a long-lasting tribute.

She Died Young at 39 Years Old

Cleopatra was only 39 years old at the time of her death. Sources tell us that she killed herself along side her lover, Mark Anthony, in order to avoid being killed by her Roman enemy, Augustus.

"Cleopatra" Was The Most Expensive Film Ever Made

The feisty female Pharaoh has most famously been portrayed on the silver screen by Elizabeth Taylor in the 1963 film, "Cleopatra." Its budget soared from $2 million to a staggering $44 million, including approximately $200,000 for Taylor’s costumes. It was the most expensive movie ever made at the time and still remains one of the priciest movies in history.

She and Mark Anthony Were Star-Crossed Lovers

Shakespeare’s famous 'Romeo and Juliet' tells a similar tale to that of Cleopatra and Mark Anthony and how their romantic suicides mirror the deaths of Shakespeare’s two lovers. However, the English playwright did dedicate a play to the Queen of the Nile and her lover, titled 'Cleopatra and Anthony,' in which many consider Shakespeare’s Cleopatra to be the most complex and well developed of all his female characters.

She was Egypt's Last Pharaoh

Following on as Cleopatra's successor would have been a daunting and daring pursuit, however no one ever did. After her death, the history of Egypt’s great dynasties crumbled, and in 30 B. C. the country disappeared under the rule of the Roman Empire. Cleopatra remains the last ruling Queen of Egypt.

Her Body Has Never Been Found

To this day, Cleopatra's body has never been found. However, there is currently a major archaeological excavation being carried out near Alexandria in Egypt in an area known as Taposiris Magna. Archaeologists and historians are to date working meticulously to find the hidden tomb of the last Queen of Egypt.